Joe Long admitted he was floating on cloud nine after edging out England colleague, friend and rival for the day Joe Harvey to win The R&A’s Amateur Championship at Royal Birkdale.

In the match playfully dubbed the ‘Battle of Bristol’, the two Gloucestershire team-mates fought it out over 36 holes for the honour of being crowned Amateur champion.

In the end, Long holed a birdie putt on the 33rd hole to make sure of a deserved 4&3 win and become the 51st English winner of the Amateur.

As well as the prestige, the trophy and the gold medal there are additional prizes in the shape of invites to three major championships in 2021.

Long can now look forward to teeing it up in the Masters at Augusta next April, in the US Open at Torrey Pines in June and the 149th Open Championship at Royal St George’s in July.

“Wow, when you say all the exemptions. It still hasn’t hit me,” said Long with a smile.

“It’s going to be incredible. This is what I have worked hard for since I started playing golf. I really stuck in there and battled, I am just so chuffed with it really.

Long led by two holes after the morning round and refused to let his grip on the match slip in what was the 125th staging of the event first played for back in 1895.

“I was never behind and just stuck at it,” admitted Long, a member at Lansdown Golf Club.

“I have been behind in a lot of matches before and still turned it around but it is always hard when you are up against it. So it was nice to be in control. I thought to myself not to do anything stupid.

“It sounds amazing, 125th Amateur Champion has quite a nice ring to it. I was feeling nervous, we both were.

“My game plan was just to try and stick in the present as much as I could, forget about all the rewards and benefits that come with winning. I hit a few ropey shots in the first round, but I started to tee my driver down and get it back in play.

“I felt like I was pretty solid overall. This afternoon again I was hitting driver well and holed a few nice putts as well which was cool. I just had it in play all the time and felt in control.

Long becomes the first Englishman since Harry Ellis in 2017 to win the championship.

And as he takes time tonight to scan all the past winners etched on the silverware he will spot legends of the game such as Ryder Cup icons and Masters champions Sergio Garcia and Jose Maria Olazabal.

For the 23-year-old Bristolian the victory is a major landmark in his fledgling career.

All summer, his name has been at the top end of amateur leaderboards without him ever being able to get over the line.

In the English Men’s Amateur, Long shot a 66 to equal the course record on the Bracken at Woodhall Spa Golf Club and enter the match play stages as the number one seed.

However, his journey ended with defeat to Sam Done at the 23rd hole of a gruelling quarter-final match.

There was further evidence of good form at the Brabazon Trophy with the England men’s squad player finishing ninth with three of his four rounds under par.

This week, however, at Royal Birkdale Golf Club the cool and unflappable Long was able to seal the deal against Harvey as the 120 finalists were whittled down to the final pair.

Long comfortably made the match play with a three over par round of 74 earning him a tie for 30th position – the same qualifying position as his eventual rival in the final, Harvey.

In the quarters, the talented Barclay Brown was defeated 6&5 by Long who was now on a roll and was able to edge out another England mate Jake Bolton on the 17th hole of their semi-final.

After 11 holes of the first round, Long was three up, although Harvey had pegged that back to two by the 18th.

In the afternoon, Harvey took the opening hole to reduce the deficit to one, but once again Long simply stepped on the gas to win the third with a par and never look back.

Having moved to 4-up after 29 holes, the gap was to much for Harvey to claw back. The match ended with both men making birdie on the 33rd hole and Long taking the applause for a 4&3 victory.

“Goosebumps really, as soon I holed it, it all hit me,” confessed Long.

“I am just so pleased and can’t believe it really, it’s all so surreal."

England Golf have announced that Joe has been chosen to take part in the 15 - man GB&I Walker Cup training squad ahead of the 48th match against the USA at Seminole, Florida on 8 and 9 May 2021.

Stuart Wilson, GB&I Walker Cup captain, said, “We have selected a talented group of players to work with in preparation for the match against the United States of America next year.

“We will be closely monitoring their form and results in a number of important events over the coming months while other players still have time to play their way into contention before we finalise the team which will travel to Florida.

“We will go to Seminole with belief in ourselves and will give it our best shot to win back the trophy.”

The USA won the last Walker Cup match at Royal Liverpool in 2019 and GB&I are seeking their first victory on US soil since they triumphed in 2001 at Sea Island, Georgia with current England Golf Performance Director Nigel Edwards in the line-up.

Joe has also retained his place in the strong England Golf Men's Team for the 2021 season. It is hoped that public health concerns will ease and allow players to once again compete in European team events and Home Internationals.

England won the Home Internationals when last staged at Lahinch GC in Ireland in 2019 and are aiming to defend the crown at Royal Dornoch GC in Scotland between 14-16 April 2021.

The European Men’s Team Championship is planned for 6-10 July 2021 at Vasatorps GC in Sweden. 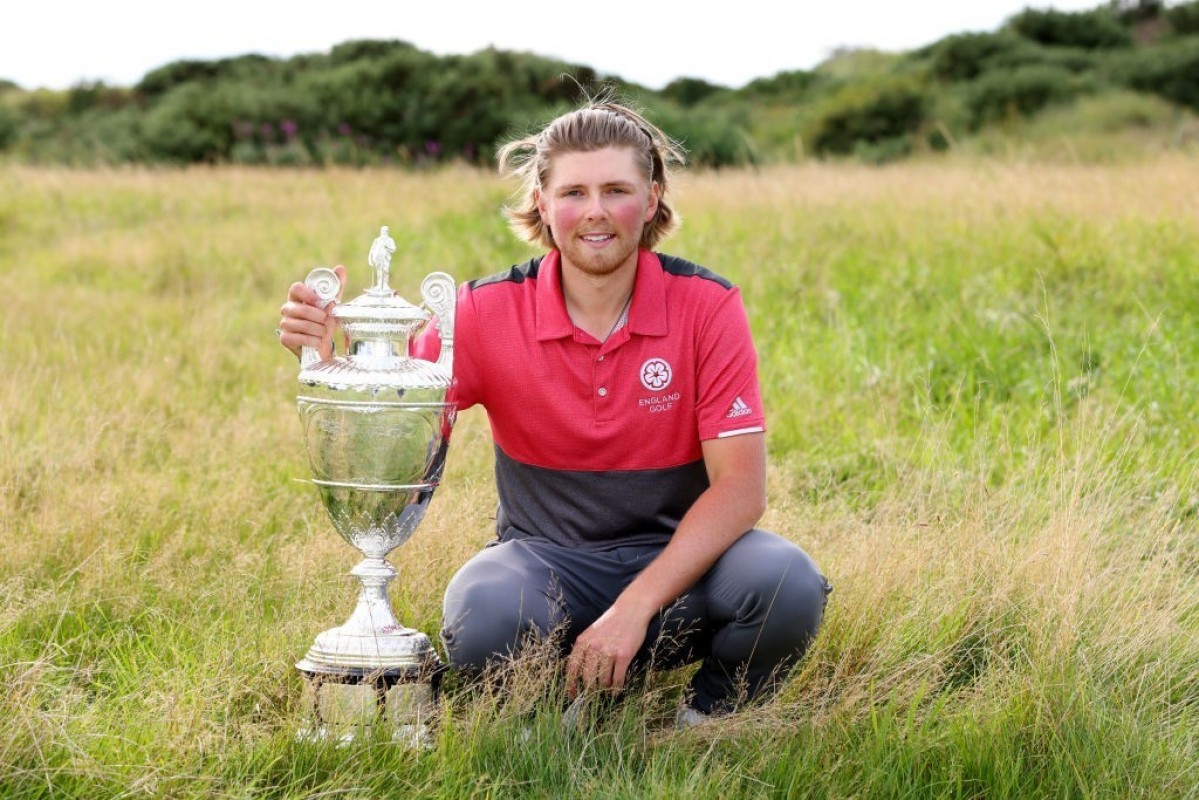